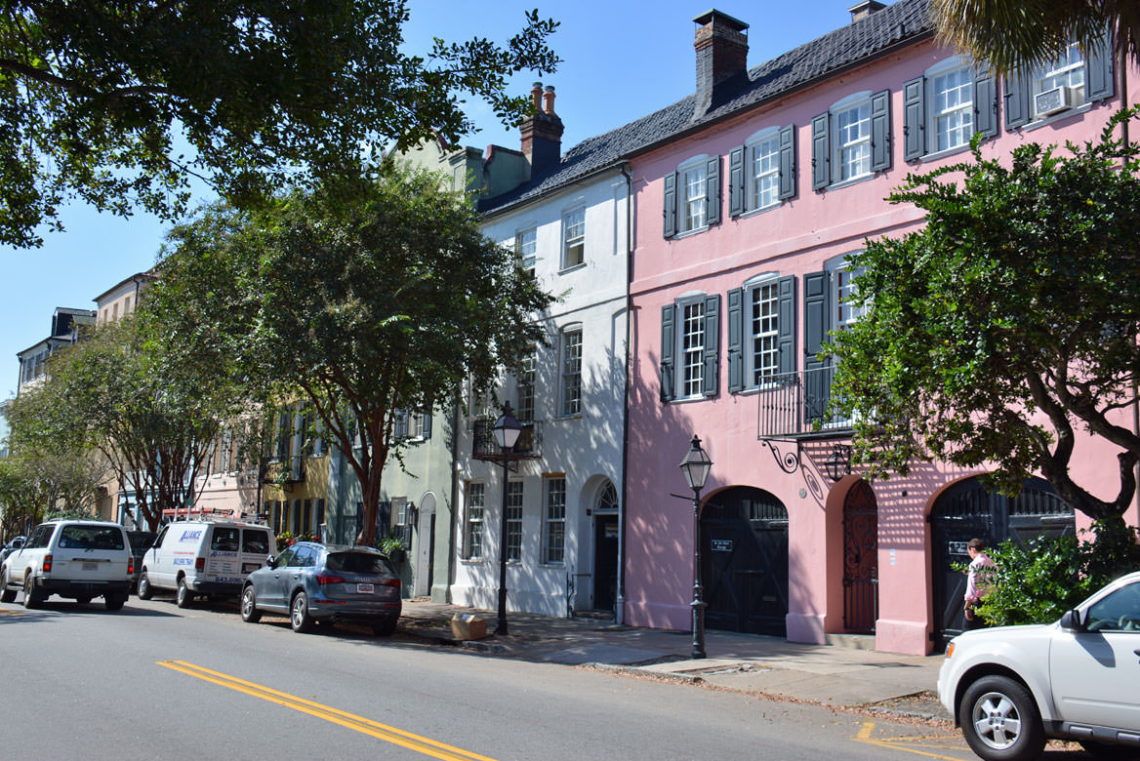 Rainbow Row is a famous historical Charleston neighborhood that certainly lives up to its name. The collection of brightly-colored homes, which are stacked side by side, is arguably one of the most photographed sections of the city, and attracts dozens of artists who regularly set up easels around the East Bay Street neighborhood, and break out the watercolors or acrylics to capture the colorful scene.

An especially unique component of already diverse Charleston, the bright Caribbean blues, pinks, yellows and greens of Rainbow Row will fascinate any passer-by in the Battery, and the strange history behind these structures will only add to this neighborhood's genuine appeal.

The story of Rainbow Row, like many of Downtown Charleston's homes, begins centuries ago before the country was even officially formed. In the 1740s, Charleston was thriving as a port hub, and construction began on a series of shops, homes and businesses, adjacent to the riverfront. The oldest of Rainbow Row's homes, on 97 and 99-101 East Bay Street, date back to 1748, when a local resident Othniel Beale purchased a lot in order to build a small brick store.

The other homes along Rainbow Row would subsequently be added in the decades following, as the street was a perfect area for commerce, to serve the wharfs and docks that surrounded Charleston Harbor. Merchants often worked in the first floor shops, and lived with their families on the second floor, and the homes themselves, though distinctively different, were built side by side, often sharing an exterior wall and with no space in between.

Unfortunately, in 1778, a fire swept through the area destroying most of the neighborhood with the exception of the buildings from 95 to 101 East Bay Street. Nevertheless, the neighborhood was constructed afresh, with early to mid-19th century buildings taking the place of the Colonial originals.

The merchants who built and set up shop in these homes were from all regions of the country and the world. Scottish, English, transplanted Americans from different colonies and states, and Charleston locals lived and worked together in these colorful homes for well over a century. The Colonial Caribbean color scheme was seemingly always prevalent too, with each home, though connected, painted a bright distinctive color that separated it from the rest.

Unfortunately, after the Civil War, the shops and families that lived in this neighborhood were scattered, and the area descended into unsavory and virtually unvisited slums. In 1920, the Preservation Society of Charleston founder Susan Pringle Frost stepped in and purchased six of the buildings, with the intent to restore them and bring them back to colorful life. Dorothy Haskell Porcher Legge purchased an addition three homes in 1931, painting them a bright pastel pink, and soon other owners were stepping in to purchase ramshackle homes, and start the long process of renovation, including a heavy application of paint in the distinct rainbow colors.

The story behind the "rainbow" colors of Rainbow Row has certainly generated a lot of myths and tall tales over the decades. Some locals swear the homes were painted bright but distinct colors so that drunken sailors could figure out where they were staying after a long night out, while others attest that the homes were painted so that illiterate slaves or servants could be directed to a certain shop without having to read the shop's sign.

The real reason however, according to most historians, is two-fold. The recent paint applications were due to Dorothy Porcher Legge's trend-setting move of painting her three homes bright pink, while the Caribbean colors, though bright, are notoriously known for keeping the interior of homes nice and cool - a must on a hot Charleston day. (This is why tropical areas are generally comprised of vibrantly colored homes.)

By 1945, the neighborhood was complete, and Charleston had a "new" reason to return once again to this remarkable historical merchant district. Travelers to East Bay Street won't see any shops nearby, however, as during the early to mid-20th century renovation, the former shops were converted, mainly, into private residences, and today the homes are still individually owned, and not open for tours.

That being said, Rainbow Row is nevertheless one of the most visited sections of Charleston, and a number of bus and walking tours circle through the area to admire the unusual but beautiful scene. Horse-drawn carriage rides are an especially popular way to explore the route, and are offered year-round by a number of local tour businesses.

Rainbow Row can be found north of Tradd St. and south of Elliot St. on East Bay Street, and while visitors are free to admire the homes from the sidewalks, tour-goers are advised not to disturb the residences.

A fascinating little neighborhood that adds a touch of color to the Historic Downtown, Charleston's Rainbow Row is a highlight on any walking tour of the Battery. Vibrant and distinct, with centuries of history hidden underneath the brightly colored facades, a stroll along Rainbow Row is sure to brighten any Charleston vacation. 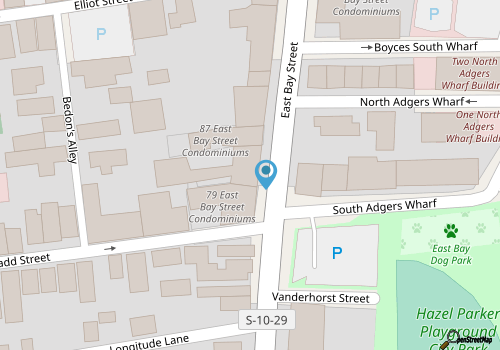 General History Tour Duration Tuesday through Sunday at 9:30 am and 1:00pm. Tours are 2.5 hours. About The tour of tours. This one does it all. We...

Experience Charleston's beauty and charm while touring in style and elegance in one of our large group private carriages **Description** Take a private tour...

This is a customized tour personally suited for you and your group. All details are worked out via email or phone.