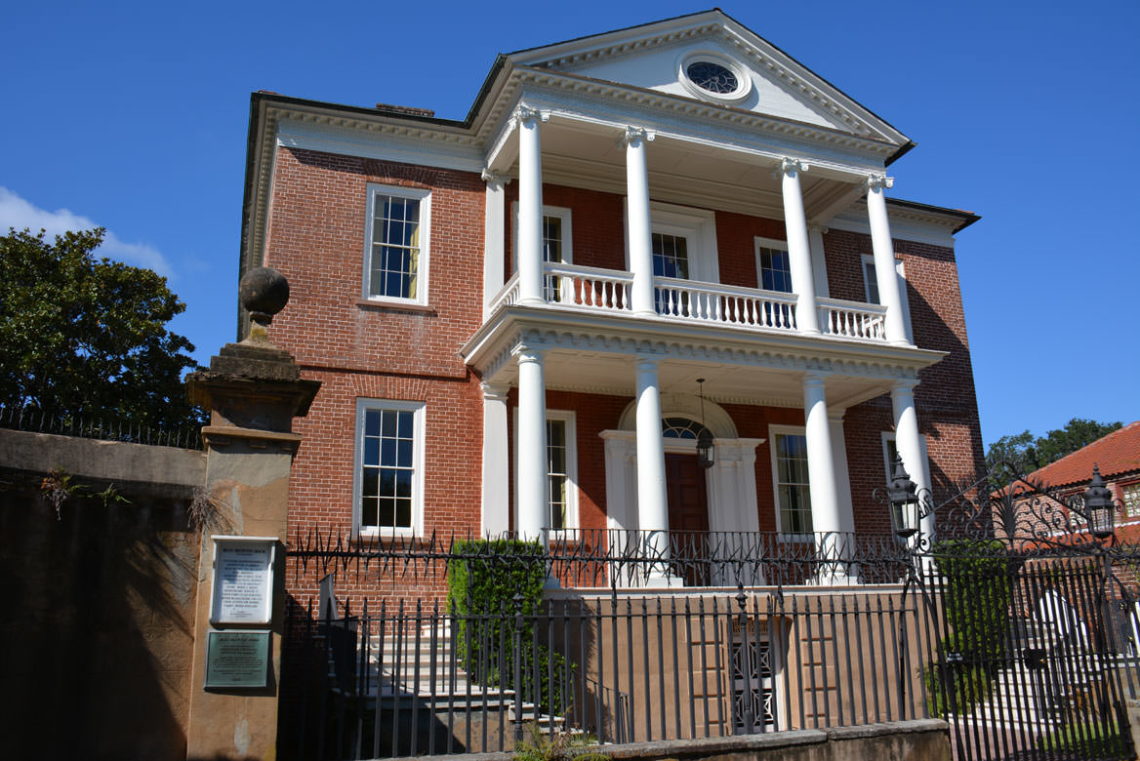 The Miles Brewton House may seem, at first glance, one of many impressively grand and antique southern mansions that line the downtown streets of Charleston, but this home is a favorite among any guided or self-led walking tour for both its story and its local prestige. Considered one of the finest national examples of a "double house" or "town home" of the Colonial Era, the massive brick house with dual levels of white pillars has been the temporary home for some of Charleston's most famous, but undesired residents.

Essentially, whether a visitor strolls by this home for the stately exterior grandeur, or the centuries of stories that are hidden behind the wrought iron gate and arced front entrance, this southern landmark is an impressive addition, (or rather a founding residence), on Charleston's historical downtown walking scene.

The brick home was constructed on 27 King Street by local merchant, slave trader, and rice plantation owner, Miles Brewton in 1769, and still stands as one of the best examples of 18th century Georgian Palladian architectural style in the county. In fact, the home earned a spot on the National Register of Historic Places in 1966, and is distinctive to modern architects today for its two-story portico complete with superposed Doric and Ionic orders, and a fanlight on the main doorway that is believed to be one of the first fanlights in the city of Charleston.

Brewton, like many merchants and plantation owners of the era, was highly successful and very politically minded, and left the home with his family for Philadelphia after being elected to the second Provincial Congress in 1775. While the home would clearly live on with Miles Brewton's name attached, Brewton himself would not, and the family was lost at sea during their trip to the north.

After his death, his sister, Rebecca Brewton Motte, inherited the home, and would later rise to fame herself for being a heroine of the Revolutionary War. A strong supporter of the Patriot cause, she gave everything she could to advance it, and became known as one of the first outspoken "strong women" of the south. Ironically enough, however, when the British descended on Charleston, troops took over the house, and the massive building became the headquarters for the British officer Sir Henry Clinton, and Lords Rawdon and Cornwallis. Rebecca, who was caring after an ailing husband at the time, was allowed to leave in peace, and was essentially exiled to a small overseer's house that was a far cry from her former grand residence.

The British would eventually leave the Miles Brewton House, transforming it back into a primary residence, but in 1822, the home would once again rise to regional infamy after a failed slave uprising known historically as the Denmark Vessey "incident." As a result of said incident, a long stretch of menacing, almost barb-wire fencing was added, (known in historical circles as "cheveux de fries," or roughly translated from French as "frozen hair), to protect the inhabitants from any further such so-called incidents.

The home would again become a temporary enemy camp during the latter portions of the Civil War, as it served as the primary residence and headquarters for General Alexander Schimmelfennig, (a German soldier and political revolutionary), and his troops during the federal occupation of Charleston.

Over the last century and a half or so, as national and international politics have quieted down, the home has reverted back to its original intent as a quiet residence, however lingering marks of its history still stand. Visitors today can still view the painful-looking fencing that was added as a direct result of the local slave rebellion, while admiring the intricate portico and ornate touches which earned this home the title as one of the finest houses in the country, even before the country was formed.

Currently, the home is not open to visitors, and is well guarded by those wrought iron gates, a brick barrier, and towering oak trees, palmettos, and Crepe Myrtles which line the primarily residential streets. However, visitors are welcome to admire the massive brick home, snap pictures, and take in this startling structure which is bordered by slightly more modern and less prominent buildings.

A favorite pause for passer-bys, and a star of many local historical home tours, the Miles Brewton House has a long legacy that spans two American wars and a number of "incidents" in between. For many visitors, the best way to delve into the full story is to sign up for one of the plentiful local historic tours, that cover the downtown on foot or by bus, and which explain, in detail, the home's universally accepted significance.

With that being said, any Charleston visitor on foot can easily admire this grand residence as one of the longest standing and most notable mansions in a city overflowing with historical sites. East to recognize and hard to forget, the Miles Brewton House is a testament to Charleston's centuries-long and often tumultuous role in American History. 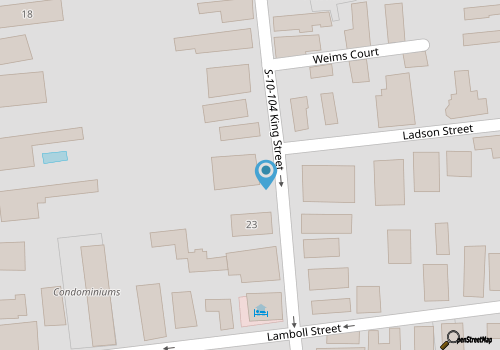 ![Description of image](https://cdn.filestackcontent.com/v3vdBDq4RgK8FMfSnlS5) Join us for the Ultimate Bachelorette...

Private Day/Dolphin Sail Up to 6...

See Folly Beach like Never Before! About Sail Folly sails daily at 10:00 am and 1:00 pm from the Folly River boat...

About Join us in our historic State Street headquarters for an evening of morbid delights! We’ve paired some of Charleston’s most chilling stories with...