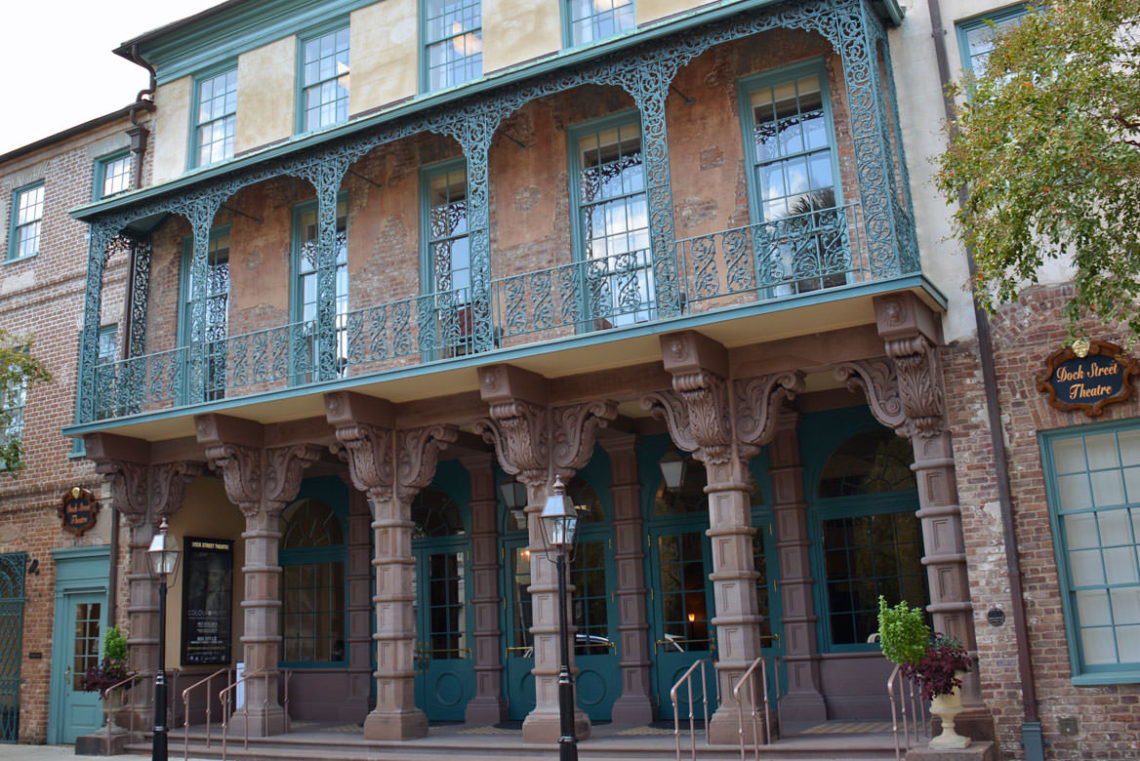 Charleston, South Carolina is well-known as a city of "firsts," but one of the most remarkable first sites in this town is the toweringly impressive Dock Street Theatre. Located in the French Quarter of the Historic District, this well-renowned landmark, still operational and freshly back in business after a $19 million dollar restoration, has the distinction of being the oldest theater in the country - a title which it proudly honors by hosting a seasonal arsenal of plays to seasoned theater goers and Charleston newcomers alike.

A fantastic locale for incredible photo opts and an even better venue for a thrilling theatrical or musical performance, the Dock Street Theatre is a must-stop for any visitor with an appreciation of the arts, American history, or Charleston's intrinsically beautiful cultural charm.

Originally built on the corner of Church Street and Dock Street, (now known as Queen Street), the Dock Street Theatre was the first of its kind, as the first building constructed for the sole purpose of being used as a community theater. Dock Street Theatre first opened its curtains on February 12, 1736 with a performance of "The Recruiting Officer," and while the play, and the theater itself, received a warm community reception almost immediately, (and soon followed this performance with a staging of"Flora," the first opera performed in America), this first building would not last very long. In 1740, the Great Fire pummeled the French Quarter of Charleston, destroying many of the district's loftiest buildings and residences, and most likely, taking the original Dock Street down with it in flames.

In 1809, the site was repurposed, and the current structure was built to serve as the grand Planter's Hotel. The signature wrought iron balconies and sandstone columns of the Church Street facade were added just 26 years later in 1836, and soon the location became a hub of cultured activity once again as it became the recognized go-to accommodations for notable figures of the era. Famous employees and patrons over the hotel's span of operations include 19th Century actor Junius Brutus Booth, (father of Edwin and John Wilkes Booth), and Robert Smalls, an African American waiter who would find fame during the Civil War after stealing a steamboat in the harbor, sailing it past the Confederate held Ft. Sumter, and delivering it safely to the blockading Union Fleet. In addition, Charleston's famous "Planter's Punch" originated at the hotel, and obviously, shares this landmark's name.

After the Civil War however, the abandoned hotel, like many buildings in Charleston, fell into disrepair and was scheduled for demolition. As a last ditch effort to save the property in 1935, the owner, Milton Pearlstine, made the property available for purchase by the city of Charleston, and after much community outcry and urging, the site was bought and turned into a Depression era WPA (Works Progress Administration) project. During the renovations, the original shell of the theater, located deep within the hotel, was reclaimed, and the site was turned back again to a local center for performing arts, with the main foyer becoming the main lobby, and the dining room being transformed into a box office station.

After the $350,000 WPA remodel was complete, the theater had a grand reopening on November 26, 1937, opening its curtains for the first time in just over 200 years. The theater would have a second renovation in 2010, this time for the price tag of $19 million dollars, which would modernize the amenities of the historic structure to include new restrooms, state-of-the-art lighting and sound, modern heating, and perhaps the most important attribute in coastal South Carolina, central air conditioning.

Today, Dock Street Theatre still retains its original allure with towering curtained balconies, an impressively grand lobby, and all the little architectural touches that harken visitors back to the theater's historical roots. An estimated 120 performances are held at the theater every year, and the venue is home to some of Charleston's most notable cultural institutions including the annual Spoleto Festival USA.

The theater group in residence is the acclaimed Charleston Stage at the Dock, and the troupe hosts monthly performances that include dramas, comedies, musicals, and special children's programs and events.In addition, aspiring actors, directors and theater techs can take advantage of the regular seasonal Theatre School Classes and Summer Stage Classes which typically culminate with a special performance at the Dock Theater itself. More information about in-depth and express classes can be found online at http://www.charlestonstage.com/education.html.

While everyday visitors are welcome to stroll through the French Quarter and admire the grand exterior of the Dock Theater, Charleston visitors attest that the best way to experience this local landmark is to take in a show. Future Charleston visitors can plan their theater going experience well in advance by browsing the selection of upcoming shows and purchasing tickets online at http://www.charlestonstage.com/shows-and-tickets.html, or can simply pop by the box office during business hours to pick up a few impromptu tickets during a walking tour of Charleston. Advanced tickets are advised as the Dock Theater tends to fill up fast, however theater goers will be delighted to find that with multiple tiers of seating in the small but ample and impressive theater, there's not a bad seat in the house. Visitors who plan to hit the theater again and again can also purchase season tickets at http://www.charlestonstage.com/shows-and-tickets/season-tickets.html, and music and theater lovers of all genres are advised to keep an eye out on the local calendar of events for special galas or musical performances by visiting and local orchestras and groups.

A powerful landmark that is an unmistakable site along Charleston's French Quarter, the Dock Street Theater combines riveting modern performances with a historic backdrop to create one of the most unique experiences for Charleston newcomers and regulars alike. Visitors are encouraged to take in a show, or just stop by the site during a long walking tour of Charleston's gorgeous historic sites, and take a moment or an evening to soak in this remarkable attraction. As a result, patrons will happily discover that even after nearly 300 years of operation and several lengthy renovations, the show goes on at the Dockside Theatre. 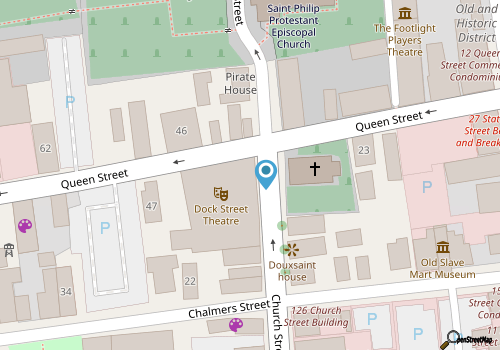 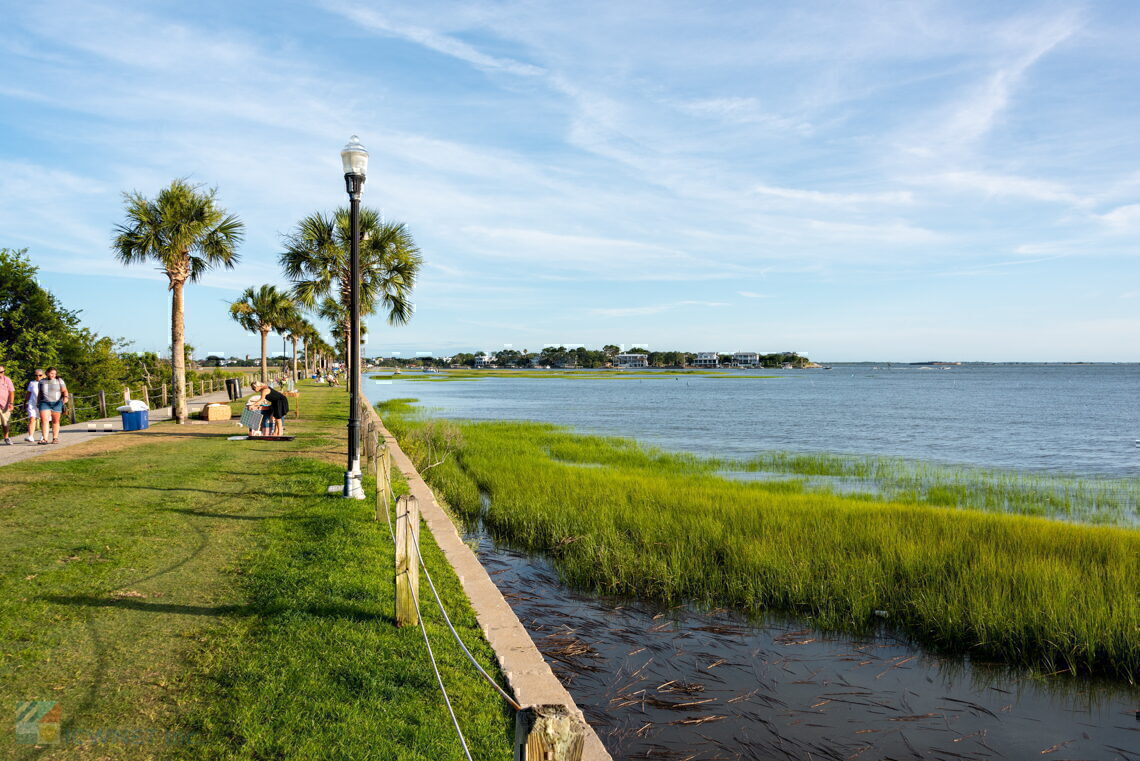 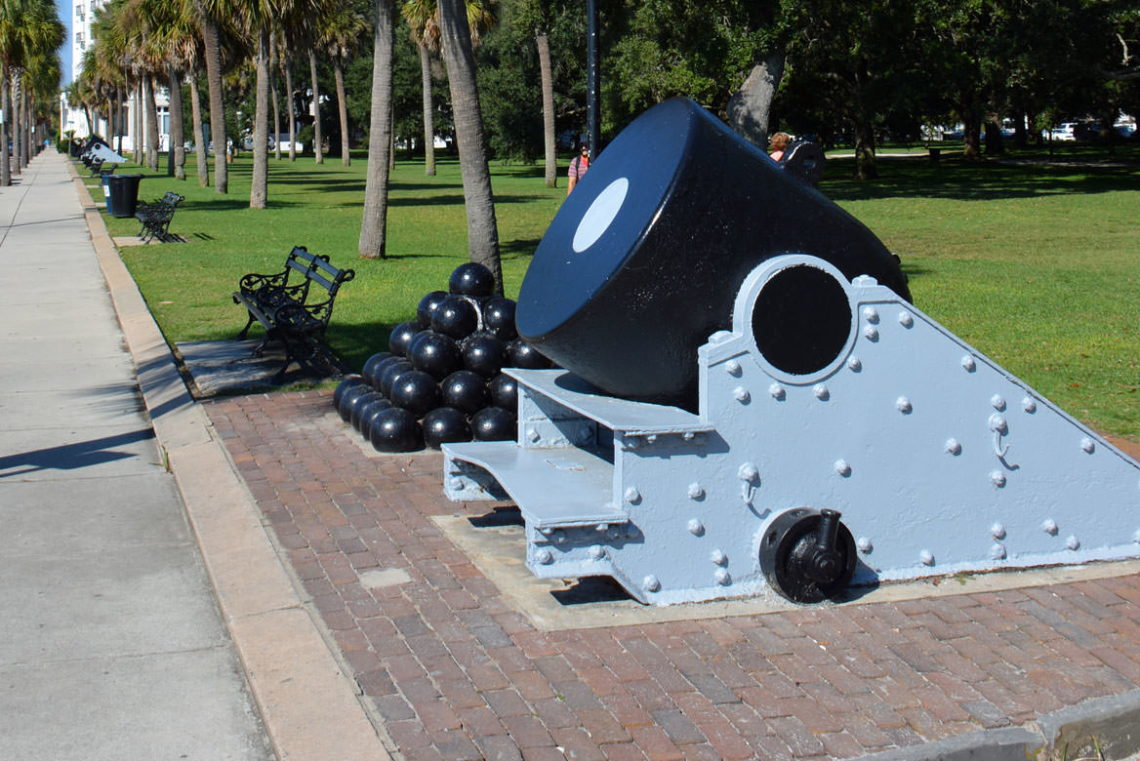 The White Point Garden public park certainly provides a scenic slice of Charleston life, with incredible views that span across the intersections of the Ashley and Cooper Rivers. Fort Sumter, Castle Pinckney, and the Sullivan Island Lighthouse can all be spotted in the distance from this downtown region, however, like most public parks and gathering spaces in Charleston, this wide open patch of green space is equally known for its centuries of historical events as it is for its sheer beauty.